The 30th Anniversary Red Steagall Gathering has also been postponed until 2021. http://redsteagallcowboygathering.com/

Stay tuned for exciting information for the 5th Annual TLSO Live Bid Calling Contest and when registration will open for 2021!

The Texas Lone Star Open held their 4th contest and PR event at the 2019 Red Steagall’s Cowboy Gathering on October 25 in the Ft Worth Stockyards. The Texas Auctioneers Association hosted the open bid calling competition and auction education in the Stockmans Club in the Stockyards Station 3pm-6pm. The event is held in partnership with the Red Steagall Gathering.

Contestants included 26 contestants from Texas and 8 other states! They competed for cash prize of $10,0000 for 1st place and a custom silver buckle created by HYO Silver. The audience bid on great items, as well as cheered on their favorite contestant. The contest was live streamed and recorded by Superior Livestock Auctions.

Angie Meier was the 2019 winner and also the highest scoring female. Ryan Dean was the highest scoring rookie. Finalists were Angie Meier, Jerrick Miller, Sixto Piaz, Tanner Ragan and Kyle Dykes. We raised money for Texas Scottish Rite Hospital For Children and showcased the auction business and profession! Plan to join us next year!

After fierce competition that was judged by 6 professionals in the auction industry, the winners were announced to the crowd. 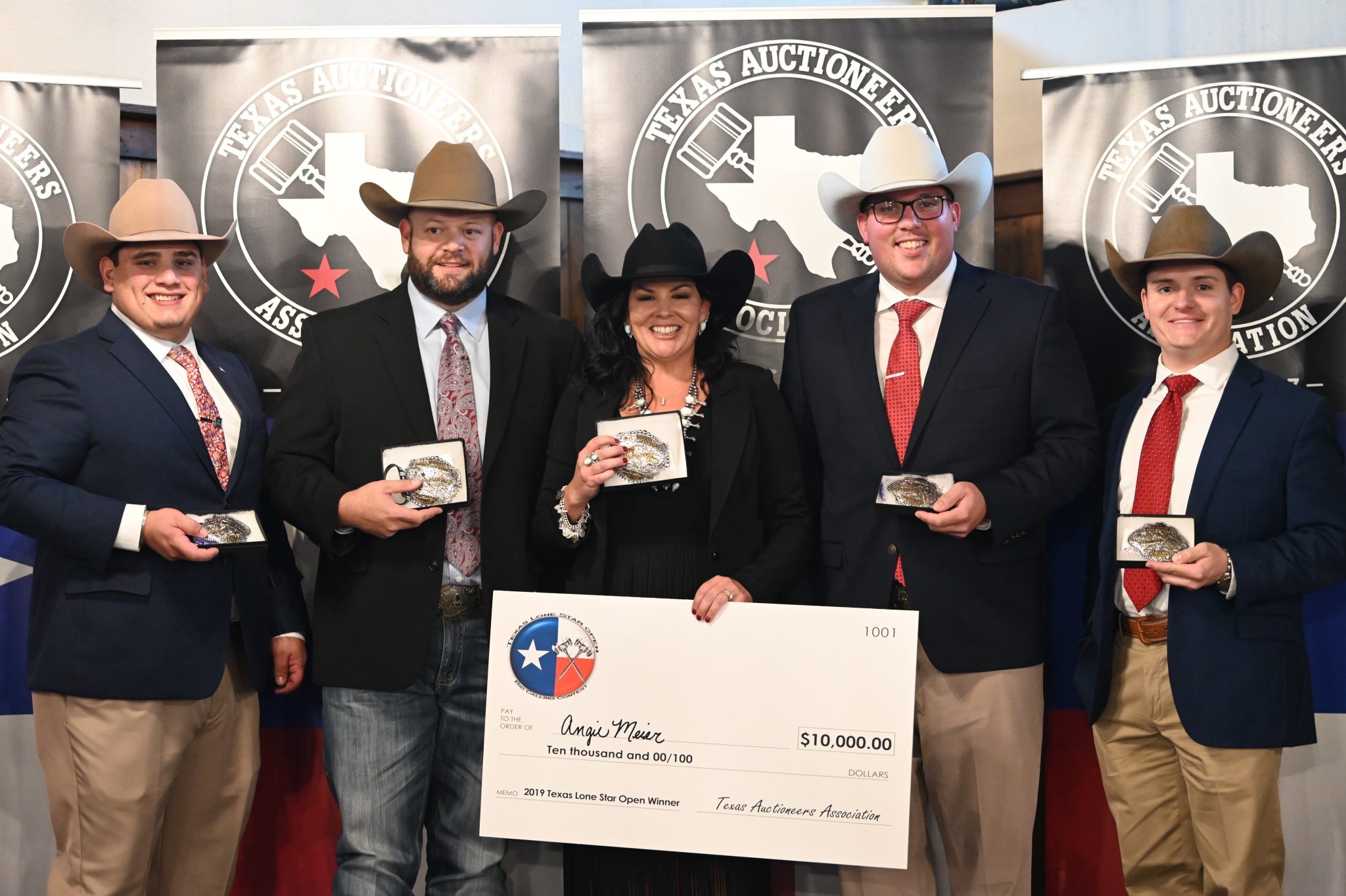